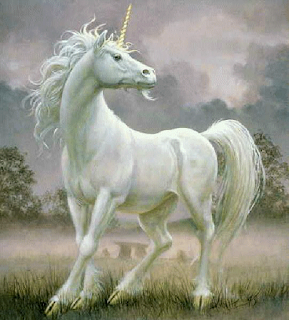 THE LISTENERS
by: Walter de la Mare (b. 1873)
IS there anybody there?' said the Traveller,
Knocking on the moonlit door;
And his horse in the silence champ'd the grasses
Of the forest's ferny floor:
And a bird flew up out of the turret,
Above the Traveller's head:
And he smote upon the door again a second time;
'Is there anybody there?' he said.
But no one descended to the Traveller;
No head from the leaf-fringed sill
Lean'd over and look'd into his grey eyes,
Where he stood perplex'd and still.
But only a host of phantom listeners
That dwelt in the lone house then
Stood listening in the quiet of the moonlight
To that voice from the world of men:
Stood thronging the faint moonbeams on the dark stair,
That goes down to the empty hall,
Hearkening in an air stirr'd and shaken
By the lonely Traveller's call.
And he felt in his heart their strangeness,
Their stillness answering his cry,
While his horse moved, cropping the dark turf,
'Neath the starr'd and leafy sky;
For he suddenly smote on the door, even
Louder, and lifted his head:--
'Tell them I came, and no one answer'd,
That I kept my word,' he said.
Never the least stir made the listeners,
Though every word he spake
Fell echoing through the shadowiness of the still house
From the one man left awake:
Ay, they heard his foot upon the stirrup,
And the sound of iron on stone,
And how the silence surged softly backward,
When the plunging hoofs were gone.
O Poema parece fazer uma alusão ou referência a uma imagem recorrente muito importante para os cristãos e ter um grande grau de intertextualidade com outro poema feito por uma figura, certamente, popular entre leitores de todas as idades.
Comparem
THE LATE PASSENGER by CS Lewis
The sky was low, the sounding rain was falling dense and dark,
And Noah's sons were standing at the window of the Ark.
The beasts were in, but Japhet said, 'I see one creature more
Belated and unmated there come knocking at the door.
'Well let him knock,' said Ham, 'Or let him drown or learn to swim
We're overcrowded as it is; we've got no room for him.
''And yet it knocks, how terribly it knocks,' said Shem, 'It's feet
Are hard as horn--but oh the air that comes from it is sweet.
'Now hush,' said Ham, 'You'll waken Dad, and once he comes to see
What's at the door, it's sure to mean more work for you and me.
'Noah's voice came roaring from the darkness down below,'
Some animal is knocking. Take it in before we go.'
Ham shouted back, and savagely he nudged the other two,'
That's only Japhet knocking down a brad-nail in his shoe.
'Said Noah, 'Boys, I hear a noise that's like a horse's hoof
'Said Ham, "Why, that's the dreadful rain that drums upon the roof.
'Noah tumbled up on deck and out he put his head;
His face went grey, his knees were loosed, he tore his beard and said,
'Look, look! It would not wait. It turns away. It takes its flight.
Fine work you've made of it, my sons, between you all to-night!'
Even if I could outrun it now, it would not turn again-
-Not now. Our great discourtesy has earned its high disdain.
'Oh noble and unmated beast, my sons were all unkind;
In such a night what a stable and what a manger will you find?
'Oh golden hoofs, oh cataracts of mane, oh nostrils wide
With indignation! Oh neck wave-arched, the lovely pride!
Oh long shall be the furrows ploughed across the hearts of men
Before it comes to stable and to manger once again,
'And dark and crooked all the ways in which our race shall walk,
And shrivelled all their manhood like a flower with broken stalk,'
And all the world, oh Ham, may curse the hour when you were born;
Because of you the Ark must sail without the UNICORN.'--