Tolkien and the Kalevala: The Sampo and the Silmarils 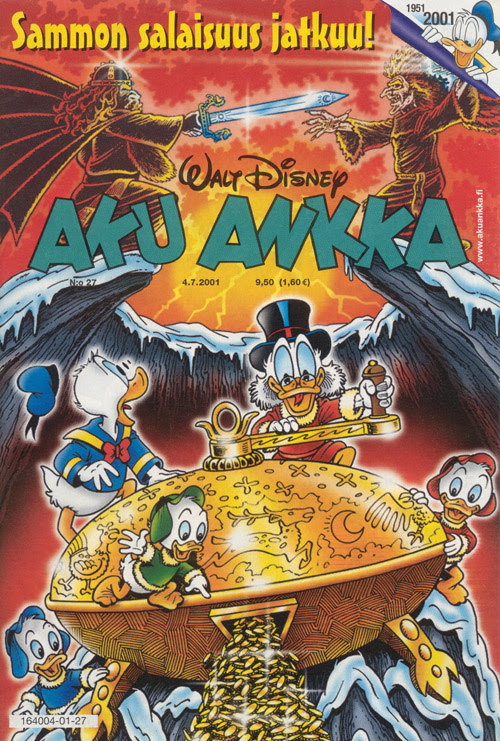 An essay I wrote last year about the influences of the Finnish Kalevala and other Northern Myths had on Tolkien. The contents of the new book 'The Children of Hurin' reveals some of the most striking examples of such influence.


Professor Tolkien’s delight in the raw, earthy, folk tales of the Kalevala is clearly documented. He described his discovery of Elias Lönnrot’s mythical Finnish narrative as akin to finding ‘a wine-cellar filled with bottles of amazing wine of a kind and flavour never tasted before’ (Carpenter, 1977, p67). This statement reveals his exquisite joy in its sensory aesthetics that would come to influence his work greatly. Without doubt Tolkien’s passion for Northern myth, including the Kalevala, had a strong enough impact on him to influence his writing on both conscious and unconscious levels.

Himes’ (2000) article “What Tolkien Really Did with the Sampo” postulates that Tolkien used four techniques to transform his influence from the narrative surrounding the Sampo of the Finnish Kalevala into the plot the Silmarils. These are:

1) to present conflicts of stark morality without allegorising;
2) to use pagan elements without bawdlerising (sic);
3) to bridge gaps in the source with other traditions or his own imagination, and;
4) to expand the playing field of the epic to a global scale.

The greatest obstacle between this theory as a whole and my own perspective derives from the fact that employing the use of allegory was actually something that Tolkien did with a fair deal of frequency in his work. Despite his “cordial dislike [of] allegory in all its manifestations” (Letters, p189), there are many symbolic representations of his own subjective ideals, tastes and values in the cautionary tales of Middle Earth. If we look again to the creative re-working of the legends of Kullervo of the Kalevala, and Sigurd of the Völsunga Saga, seen in the tale of Túrin Turumbar, it becomes noticable that this displays a most conspicuous recreation of existing myth in his work with the aim of adding Tolkien’s own Christian morality to the original pagan context. In this tale he transforms the hapless but bloodthirsty Kullervo into the wronged and tragic Túrin. The moral narrative he creates succeeds in removing the onus of responsibility for evil acts from the individual, and onto allegorical, externalised, and antagonistic forces that bear ultimate responsibility for the ill fortunes and corrupt actions of men and elves in the forms of Melkor and Glaurung.

The story of the Silmarils was no exception to such allegorising. The very nature of mythology is that it teaches lessons of real human struggles using a highly symbolic backdrop. If an author is to write his own mythology with heavy inspiration from established traditions, then the use of such mythological allegorising is unavoidable. Throughout the legends surrounding the One Ring and the Silmarils, a very clear emblematic moral allegory is presented through their representations as symbols of avarice and all that it inspires. The form of aggressive lust for materialism warned against in the tale of the Silmarils bears resemblance to Himes’ observation of Tolkien’s ‘moral refinement’ of the pagan source material that he worked with. That his realm housed such subtle moral allegories is quite clear, though in his employment of this technique Tolkien avoids the kind of blunt, unsophisticated allegory his fellow inkling C.S. Lewis employed in the character of Aslan in the Chronicles of Narnia. That there is no clear ‘Christ figure’ in the tale of the Silmarils maintains its heathen worth, as does the inclusion of key pagan elements such as the ‘pantheon’ of Valinor, and the magical nature of items such as the Silmarils and the Rings of Power. Here Himes’ hypothesis of Tolkien’s use of pagan elements without ‘bawdlerising’ is fulfilled.

As with the tale of Túrin, there is an interrelation between the gaps of the Kalevala source material in Tolkien’s legendarium with that of other pagan material and Tolkien’s own mythological creations. An example of this can be seen with the One Ring, which like the Silmarils and the Sampo was an object of desire created by a master forger, was subject to theft through uncontrollable avarice, is utterly unique, becomes the central target of war and strife and represents greed for worldly power and possession. That the One Ring can be paralleled with both the Silmarils (and ergo the Sampo) and with the cursed ring Andvarinaut stolen by Loki in the Völsunga saga, displays how Tolkien ‘[bridges] gaps in the source with other traditions or his own imagination’ (Himes, 2000).

Although the basic natures and descriptions of the Sampo and the Silmarils are very different, with one being an enormous three sided mill that propped up the sky, dispensing grain, salt and coins, and the other being ‘three great jewels…like the crystal of diamonds…made of the blended light of the Trees of Valinor’ (S, p78), there are some marked likenesses between them. These similarities make theories regarding the influence of the Kalevala on the Silmarillion easy to evidence. Each is a magical artefact created by a master craftsman, cannot be duplicated, forms a link between the fabric of the cosmos and larger society (i.e. the ‘World Trees’ of each respective universe), was an object of theft through avarice, and became the central target of war and strife. Both items also act as a physical symbol of cultural prosperity, with the Sampo being the source of agrarian and societal security, whilst the Silmarils fulfil higher material desires. The variations in material purpose of each creation becomes noticeable in the consideration of these differences, with the need for the Silmarils representing a more egocentric and unreasonable form of power-greed than the understandable need for the basic props of a stable society created by the cornucopia-like qualities of the Sampo. These differences are explained by Himes postulation of the events of the Kalevala being expanded from a local, vernacular level to that of ‘an epic…global scale’.

Although I maintain that the influence of the Sampo upon the Silmarillion is not singular, it would appear to be the most important contributory influence on the shaping of the fate of the Silmarils. The most overtly apparent correlation between the plots surrounding the artefacts is seen when one examines the nature of the lengths that the inhabitants of each realm go to in their attempts to gain possession of the central treasure. At the heart of each work is the creation, theft, struggle for, and dissolution of the magically forged item. In the Kalevala, the Sampo is forged by Ilmarinen at the request of the ‘eternal sage’ Väinämöinen, who vies for the hand of the daughter of Louhi, the mistress of North Farm. The forging represents the setting of an impossible dowry quest for would be suitors, with the components of creation ‘from the tip of the shaft of a swan’s feather, from the milk of a farrow cow, from a single barleycorn, from the fleece of one sheep’, (Lönnrot, 1849). Ilmarinen then performs an act of dishonesty when he surrenders the Sampo to Louhi himself hoping to win her daughter’s hand in Väinämöinen’s stead, thus beginning the cycle of war and enmity that ends with the destruction of the Sampo and its remnants becoming lost at sea.

By comparison, the Silmarils are created by Fëanor, master forger of the Noldor Elves, and become the object of Melkor’s fixation. By using them to stir Fëanor’s insecurities about the Valar and the other Eldar, and then later stealing them for himself, Melkor provides the catalyst for generations of war and strife. The Sampo plot is further mirrored when the attainment of a Silmaril becomes a dowry quest for Beren at the behest of Celegorm, who challenges him to ‘take or find a Silmaril and keep it’ (S, p203) if he is to be given the hand of Luthien. That the Silmarils are sat upon the Iron Crown of Melkor himself in the heart of his realm, Thangorodrim, makes this no easy challenge. Arguably, this quest may also show a conscious or unconscious influence from pan-mythological tales such as ‘How Culhwch Won Olwen’, from The Mabinogion (ed. Gantz, 1976, pp 134-176), in which Culhwch is set a list of ridiculously hard tasks by the Chief Giant Ysbaddaden for the hand of his daughter Olwen. The fate of the Sampo and the Silmarils also share some similarity, with the remnants of the separated, war torn jewels of Fëanor finding their places in the sea, a pit of fire, and the sky respectively via their bearers Maglor, Maedhros, and Eärendil.

Although I disagree with the points made regarding allegorising, the conclusions Himes reaches in his observations on the transformative techniques employed in the creation of the Silmarils from the Kalevala are effective in highlighting how Tolkien may have reworked the myths that inspired him. The parallels described between the Sampo and the conception and role of the Silmarils are very clear, and although the likenesses between the Sampo and the Silmarils aren’t supremely profound, they are sufficient enough to demonstrate a degree of inspiration and borrowing on Tolkien’s behalf rather that a desire to thoroughly recreate the Sampo in his work. Middle Earth is highly abundant with similarities to Northern Mythology, though I concur with Carpenter (1977, p104) when he states that these similarities are actually quite superficial, with Tolkien adding dimensions of character and complexity ‘not often found in ancient legends’.

Letters The Letters of J.R.R. Tolkien, edited by Humphrey Carpenter with the assistance of Christopher Tolkien, London: George Allen & Unwin, 1981.